St Clair College and Lambton College have had a rivalry for a very long time. Not only are they both so closely located, but now both colleges are the first post-secondary institutions to provide the Esports Entrepreneurship and Administration program in North America (Lambton College did it first).

As being one of the students to organize and execute the Fall of 2019’s Border City Battle, I took the role of project manager of the competition committee. I was in charge of determining all elements in regard to the competition and each game (Fortnite, League of Legends, Smash Ultimate, Hearthstone and Rocket League); I had the fun job.

Arguably, our execution of the Border City Battle was one of the best to date. But like anyone in any project, I made several mistakes and I believe these mistakes are valuable experiences to learn from. 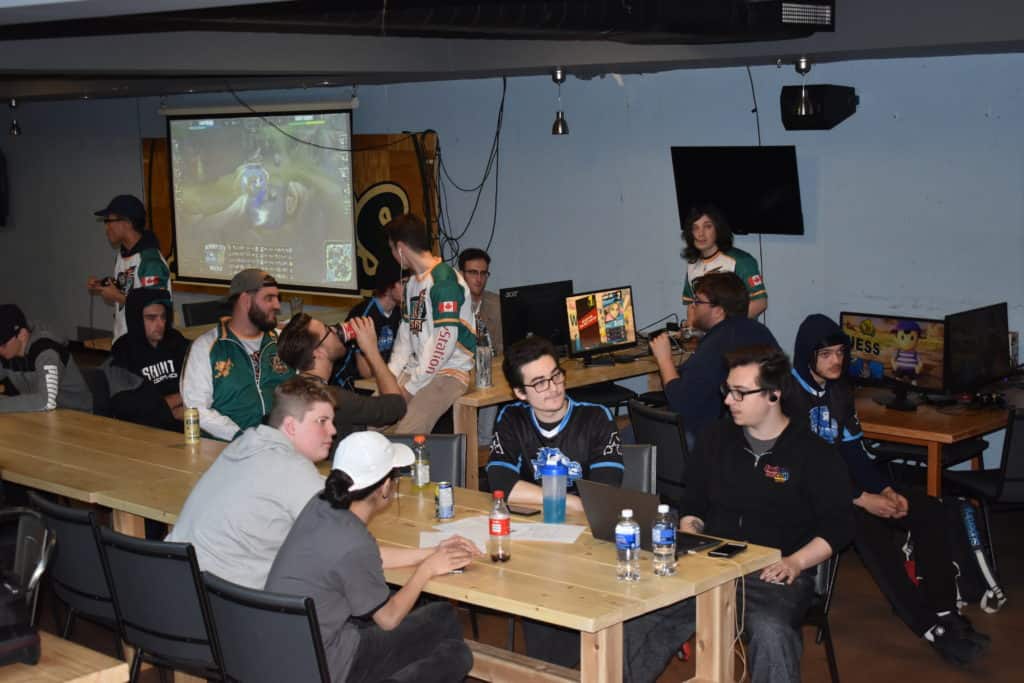 One of my team’s initial responsibilities was to write up rulesets for each game. My team and I were easily able to do our research and compose our rulesets. We were at the point where we were going to make them public, but someone suggested to have the rulesets initially reviewed by the respective captain of each game’s varsity team.

As expected, most of the rulesets were approved the way they were. However, we had to redo Fortnite’s ruleset and structure completely. We created rulesets for a point-based system where both duos teams queue up as a squad on live-servers.

Instead, our Fortnite players wanted to do box fighting, claiming that it would remove the randomness element of queuing in live-servers (something that is completely justifiable). We were able to swiftly make those changes and everything went well for the event.

We got lucky in that instance that we consulted each team prior, and in the future I will always make the effort to consult a content-expert for their respective game when I organize tournaments to prevent unfairness and create the best experience possible for our attendees.

Our execution of the Border City Battle was the second done by Lambton College students. Therefore, we had access to the last year’s planning documents. This included the schedule for when games were played from last year. The first year’s event played League of Legends, Overwatch, Hearthstone, Rocket League and Fortnite.

We wanted to provide breaks between games to ensure players did not complete their games right at the start of the event and have nothing left to do. But that went against the successful format set up by the former organizers. Based on this factor we created our schedule: Our schedule, very different from last year’s, is still founded based on the timeline from the first year. Below is how the event actually transpired: Note: Sadly I made this 3 months after the event took place, so it may be slightly inaccurate, but its conceptually correct!

This was very different from the original plan yet more similar to last year’s iteration. One thing to note is that the opening ceremony took like 5 minutes, so we ended up starting the tournament an hour earlier than expected.

League of Legends, Smash Ultimate and Fortnite followed their planned schedule, but were all one-sided and concluded early.

We were forced to start Hearthstone late because of a player attending late and end Rocket League early because a player had to leave. It is important to be able to make changes on the day of, and it is important that there is one person who is enforcing these changes as the event proceeds.

The planned excessively long breaks were not only poorly received by some of the players, they felt awkward to enforce on the day of (and in most cases were unable to be enforced).

We should have followed the successful groundwork placed by the first organizers, as our actual schedule ended up looking very similar to theirs (besides duration due to the removal of Overwatch occupying many PCs and many of our longer games being one-sided).

You cannot run an event without live-organizers or volunteers taking up a load, as it is not physically possible for one person to run a successful event, ever. That being said, it is also important for everyone to know what they need to do and putting everyone in positions that fit their strengths.

When I gave roles and responsibilities to my team, I loosely explained what to do and did not think too hard on what role would best compliment whom. What ended up happening is on the day of some people traded their roles on the day of because it made sense for each of them to have the other’s responsibilities.

Many people were also nervous about what they needed to do on the day-of because I loosely explained what to do and that uncertainty resulted in fear and a bit of anxiety. If I took the time to thoroughly explain what needed to be done, it would have provided peace of mind and ensure my team was confident to complete what they needed to on the day of the event.

Although it’s hard to show how I delegated responsibilities, this is a good example by Major League Hacking of how you should do it. People should be aware of what times they need to do what and you need to provide them with all the tools and flexibility they need.

2. Communication with Other Committees

Working on a large event like the Border City Battle, dividing in the team into different committees was needed for success. For any event, all committees needed to communicate to ensure success, but I failed to do just that and it showed during our event.

The competition committee, my committee, intended to provide 30 min breaks to the league team after every game. However, we did not communicate this to the technical committee, even though they communicated to us that they wanted to stream League of Legends.

On the day of the event, after the League of Legends teams’ first game, a technical team member reached out to me and said they are ready to stream the next game in 5 minutes. I replied by saying we wanted to provide them with a 30 minutes break.

The technical team was not prepared to stall the stream for 30 minutes between every League of Legends games. I had to explain to the League of Legends teams why we needed to start games in 5 minutes. They agreed to the 5 minutes break interval but were expecting a longer break and did not appreciate the change. The live stream for League of Legends and Super Smash Bros. Ultimate at the Border City Battle Fall 2019 at Lambton College

This thankfully was not a major issue, but due to my failure to communicate our plans with the technical team, we ended up putting the technical team in a difficult situation and put the players in an uncomfortable one. Communication in an organization is key.

I have worked in many projects as a lead organizer or project manager. However, going into this assignment I had never worked with many of my team members and had no idea who I could trust with what responsibilities.

Starting off, everyone was very unwilling to take a leadership role, therefore I concluded that no one would be willing to spearhead any sectors of our workload and I had to institute upwards delegation. This is our committee’s work checklist or Gantt chart which kept track of the tasks to be done for our event and who was responsible for what. My name (the red “Uzair”) is listed in multiple areas

That resulted in myself being over-stressed with a multitude of things to get done for the event. I did not do everything, but in the end, I ended up adding the final touches to many things while taking on some full responsibilities like acting as the only line of communication with St Clair and planning the seating plan.

Now I am aware of exactly who I can trust with heavy responsibilities, knowledge that would have benefited me while planning the Border City Battle.

If I just took the time to determine who I could trust with what responsibilities or provided success criteria for each individual assignment, it would have resulted in much less work for myself and make everyone feel even more valuable to the team.

The Border City Battle was an overall success, and the competition committee played a large role in its outcome. However, I personally could have improved in multiple fields. For anyone acting as a competition coordinator or project manager, its important to: