Since season 2021 season 11, Riot Games has increased the penalties associated with dodging a League of Legends game. With that, there have been many questions on how the new dodging system works. Luckily for you, I went through all the updates and broke it all down here.

Do you lose LP for dodging in League? Players will lose 3 LP for their first dodge and 10 LP for every subsequent dodge. Players will also get a 6 min, 30 min or 12 hour LeaverBuster penalty respectively. The dodge penalties reset every 24 hours.

In this article, we will go through exactly what is qualified as a dodge in League of Legends, the exact penalties you will get for dodging and what specifics of your situation does Riot Games take into consideration.

We will also touch on if your MMR is impacted by dodging and if you can dodge without penalties in LoL.

How Does Dodging Work in League?

The actual image looks a bit different when attempting to exit in champ select, but I don’t the LoL client to give you a proper screenshot.

Whenever one player dodges, both teams from that champ select will disband and all other players return to the queue. It is not uncommon to see the same players be remade in the same team for the next champ select facing off against some of the same people to help reduce queue times.

Regardless of how a dodge is initiated, Riot Games interpret all those dodges as the same. The League dodge penalties don’t differentiate between an intentional or unintentional dodge as favoring either could lead to abuse of the system.

For example, if Riot Games didn’t punish dodges due to internet disconnections, players looking to dodge can simply disconnect their PC from the internet whenever they needed to dodge. There are some factors riot considers when it comes to the escalation of punishments for dodging, but dodging penalties themself cannot be negated. There are other factors Riot may differ once dodge from another due to circumstance, but the methodology in which it was performed is not one of them (we will discuss the other elements below).

Dodging in the literal sense of the word does not include failing to click “Ready” when the match-found screen appears. As a result, the penalties below for dodging don’t fully apply to players who fail to click it.

That said, multiple back-to-back failures of clicking the “Ready” button will result in penalties although they follow a different application sequence and quantity than the penalties for a proper dodge. Dodging must and is only possible to take place during the champion select lobby prior to the game’s loading screen. Dodging after the game’s server has entered into the loading screen, even if it hasn’t updated on your end, won’t constitute as a dodge and the game will proceed as normal.

That’s right, there are really no other punishments for dodging whatsoever. Below we will dispel any of the other notions such as if dodging will result in a ban or MMR drops.

Here is an overview of all the penalties associated with dodging:

How much LP do you lose for dodging? Players will lose 3 LP for their first dodge and 10 LP for every subsequent dodge. The dodge penalties reset every 24 hours.

Dodging in ranked can sometimes feel like the right decision to ensure you don’t end up losing the 16-25 LP you’d lose for losing a game and save yourself 20-40 mins of your life.

But you want to make sure your decision to dodge doesn’t cost as much or more LP and time than it does dodging.

This is how much LP you lose for dodging:

As per time, we included that below.

What happens if you dodge at 0 LP? Dodging at 0 LP will result in a demotion and will still result in the loss of 3 or 10 LP respective of the number of times you dodged prior in the past 24 hours. These are the dodge timers for dodging a ranked game in League:

The third dodge+ used to also be 30 mins waiting time, but Riot announced that as of mid-season 11, they will now cause players who dodged 3 or more times within 24 hours to have a 12 hour long LeaverBuster.

When does League of Legends dodge timer reset? The dodge timer resets every 24 hours after your last dodge. Every new dodge will reset the timer and will accumulate on your previous dodge streak.

With that said, the dodge timers differ based on the specific game mode and queue type that you are dodging from.

Here are the time penalties for dodging any League of Legends game mode:

With the above dodge timers, Riot games have said for ranked specifically, they will be looking at how the following elements may increase or decrease the penalties a player will receive:

Although none of these nuance adjustments to the punishment aren’t public in terms of how they are actually achieved, Riot has publically stated that these are things they have considered to incorporate for a better overall player experience.

According to any early Riot Games post on dodge penalties, players that use rerolls in ARAM and dodge will lose their rerolls.

Although a bit in this article has been outdated, this element remains consistent.

A player at any point in time can have up to 2 rerolls in the ARAM game mode. Players can consume 1 reroll in exchange for a new champion in their team’s selection pool. These rerolls are earned about every 2 games played in ARAM (based on champions owned). Therefore, dodging itself will not increase the amount of rerolling credits you have.

In fact, if you consumed reroll credits prior to dodging, those credits will be discarded and not returned to the dodging player.

That said, every other player in the champion select (including on the enemy team) will be returned their reroll credits as long as they aren’t the one who initiated the dodge.

Unless those players are premade with the player who initiated the dodge, in which case all the party members of that player will lose their consumed reroll credits.

Getting Banned for Dodging

Riot Games will never ban players for excessive dodging. That said, you will receive the LeaverBuster dodge time penalties which will make you unable to play the game for the corresponding time (times all listed above in both tables). So if you have to dodge, rest assured that your account will be safe.

Is Your MMR or Elo Impacted for Dodging?

Do you lose MMR or elo for dodging? No, your MMR and elo are unaffected from dodging. Your MMR is only impacted by game performance and your wins and losses from fully completed games.

MMR, also known as elo, is your Match Making Rating which is assigned to each individual player that determines their overall skill level and who should be matched within multiply player games.

Your MMR used to be public but Riot changed that around season 2. As your MMR raises and drops, you will win or lose more LP. In fact, a massive determinating factor for how much LP you win and lose per game is your MMR. Sites like OP.GG tries to guess your MMR based on their data, but these kinds of sites typically aren’t accurate. In your case, you may be worried that dodging a League of Legends game will drop your MMR and cause you to win less LP in future games. Rest assured that Riot Games doesn’t drop a player’s MMR based on game dodges.

How to Dodge Without Penalties in LoL?

Players cannot dodge without penalties. You can, however, reduce your penalties based on the total number of times you’ve dodged in 24 hours and if your dodge is a direct result of a potentially problematic or trolling player in your champion select lobby.

Remember how above we listed the criteria of different factors Riot will look to integrate into softening penalties.

Tips For Reducing Penalties for Dodging

Here are all the factors Riot may consider when providing reduced penalties for dodging:

To break this down further, dodging as a result of a hostage situation where a player is actively trolling and flaming in the champion select lobby may reduce the penalties you will receive for doing.

On the contrary, dodging due to being auto-filled or not getting your one-trick could result in a greater penalty. At least they will keep the penalties the same as an intentional selfish dodge.

None of this has been solidified or disclosed by Riot Games just yet, but we know that these are elements Riot has spoken about during their 2021 behavioural systems update.

With that, we can safely presume that these are elements that you can take advantage of to mitigate the penalties received from dodging.

Below are some additional questions you may have, with a quick answer and a link to an additional thorough resource created by yours truly.

What Are the Punishments of Going AFK in League of Legends?

Players will receive an escalating time penalty system for going AFK in games: 5 mins, 10 mins and 14 days respectively. LP penalties are: -2, -3, -5, -6 and -8 respectively. These punishments increase by tiers and not AFKing will result in players reducing a tier.

How Do I Get Rerolls in ARAM?

What Skins are Banned From the LCS?

Riot Games doesn’t disclose their banned skins list for the LCS. What we do know is that skins with bugs that are not performing as intended are banned from play until the issue is resolved.

Click here to read: Banned Skins in the LCS and League of Legends Tournaments How Do I Run a League of Legends 1v1 Tournament?

There is a lot that goes into running your own League of Legends tournament. Firstly you will need to know how to run a tournament then you’ll have to know how to establish your rules for the specific format you are running.

Below are two resources that explain exactly that. 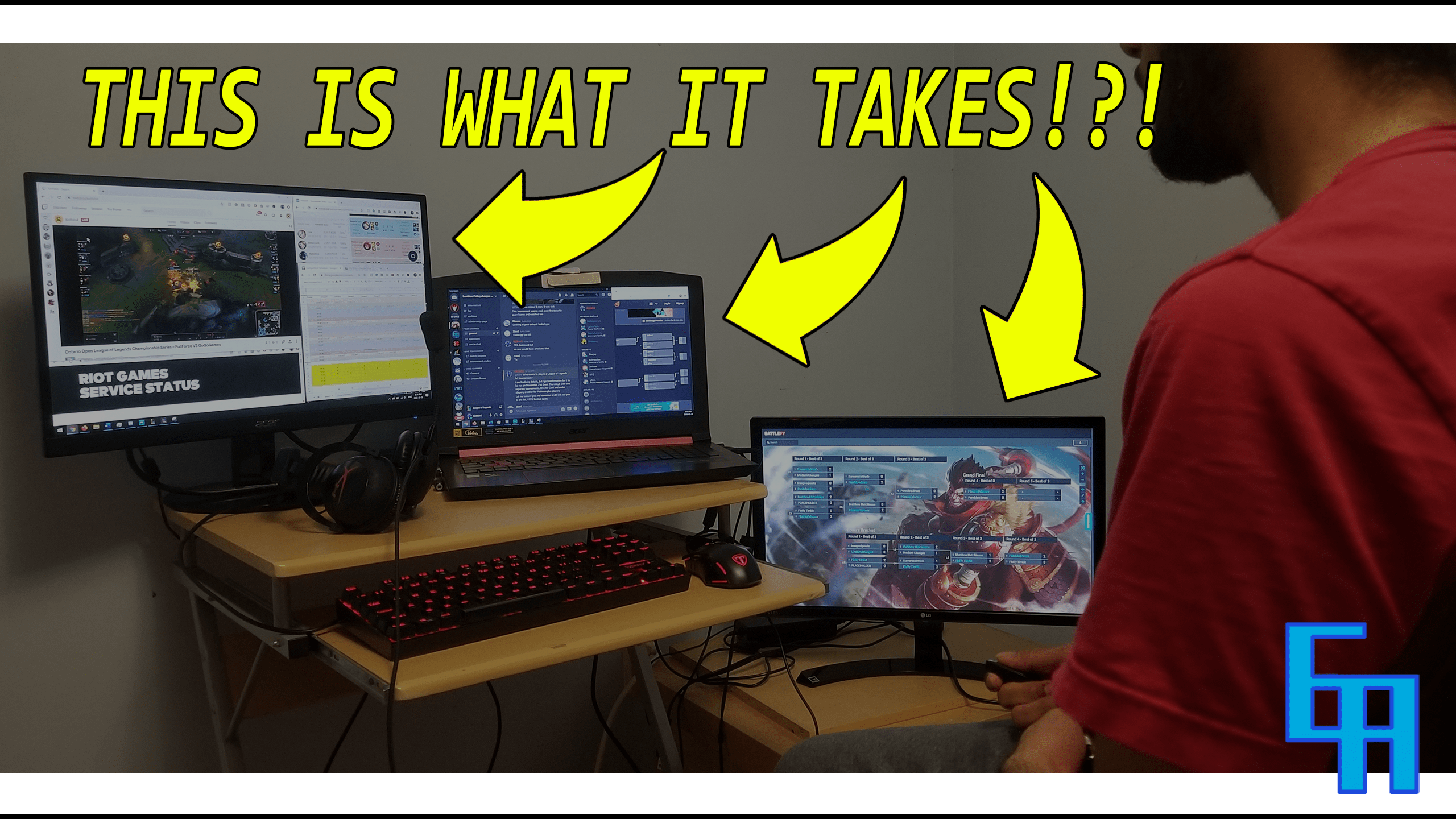